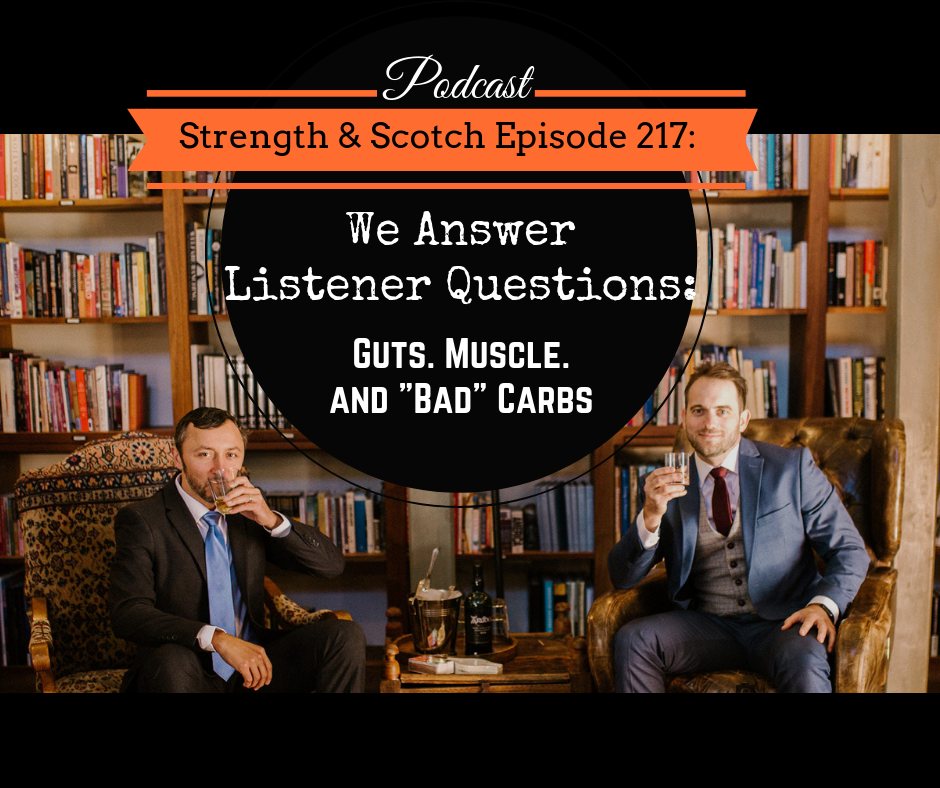 Grant and Heavey discuss the top 10 threats to health, good carbs versus bad carbs (is there such a thing?!), following a low carb and low-fat diet, and how to get rid of those last few pounds without having to change your active lifestyle (plus the booze!).

Grant presents this article about the Top 10 Health Threats to the World as published by the WHO (World Health Organization).

#9: Dengue fever – Every year, 390 million people are affected. 40% of the global population live in regions where they’re at risk of contracting the disease. It has a mortality rate of 1% if it’s treated but that figure rises significantly when left untreated.

#8: Vaccine hesitancy – For a long time, getting people vaccinated was a big concern and a problem with people getting and staying healthy. But now, for the first time ever, it’s people who have access to vaccines and choose not to get vaccinated that is creating a worldwide health scare.

#6: Ebola being a high-threat pathogen

#4: Goes to fragile and vulnerable settings

#3: Global influenza pandemic — our inability to react to a global pandemic is a frightening thing.

#2 Non-communicable diseases overall. These are those that can’t be transmitted from one person to another, including cancer, diabetes, and heart disease. The most significant drivers are high alcohol consumption, tobacco use, physical inactivity, poor diet, and air pollution.

Let’s give it up for air pollution and climate change!
According to WHO, it’s considered to be the greatest environmental risk to public health. 9 out of 10 people in the world are breathing polluted air, which leads to $7 million premature death for this year alone. Furthermore, climate change is expected to have a huge impact on people’s health and an additional 250 deaths are expected each year for the next 20 years due to a link from climate change and other conditions like malaria, etc.

Listener Lou is interested in the hosts’ take on the book he has read by Gary Taubes called Why We Get Fat, and is what he believes is the premise that you can pretty much eat as much protein and fat as you like as long as you cut out carbs. This seems to tie in with his Gary Taubes’ early book called Good Calories, Bad Calories. Are there truly things such as bad carbs? Does Taubes’ theories live up to what he says? His book seems to get a lot of positive reviews and a few negative ones.

Heavey hasn’t personally read Taubes’ books but Grant had. In fact, it’s Gary’s books were kind of the driving force behind that movement. Heavey does know an obesity researcher that is going to be debating Gary on Joe Rogan’s podcast, an episode that’s going to be out in mid-March 2019.

That being said, Heavey doesn’t think that the evidence supports a fear of carbs. There are no bard carbs per se, like the kind of carbs where if you just have a little bit of them, somehow they’re going to screw up your diet.

Dehumanizing specific food groups does more harm than good. The benefit that most people experience when they take carbs out of their diet is that they remove a bunch of calorie-dense foods and that’s what’s leading to the weight loss and not the carbs per se.

It’s the same reason people go on a juicing cleanse or go vegetarian and experience a dramatic change in their weight. That’s because they’re removing foods that have massive amounts of calories and don’t provide any satiety to you. It’s not the carbs doing that, but largely the higher carb + higher fat foods.

Grant agrees that if you eat less carbs, you’ll lose weight. But that’s because you’re eating less calories. It’s so easy to have too many calories when you eat a lot of carbs. Another author, Mark Sisson who wrote the book called The Primal Blueprint basically talked about all that stuff. If you look at the evolution of human nutrition, grains are a necessity to feed a growing population.

Additionally, the weight loss research clearly demonstrates that there is equal efficacy between low carb and low-fat diets for losing fat. It’s therefore important for people to realize that they don’t have to go low carb if it doesn’t suit them personally to lose fat. Going low carb can absolutely help them, but it cannot solve all problems. You could still gain weight while going low carb.

Rather than dehumanizing food groups, a more productive approach to fat loss is to just focus on lower energy density foods and higher protein foods and let the carbs fall where they may for your personal preferences and walk away. This type of diet is not popular since we haven’t come up with a catchy title for that diet yet.

Dale, from Botswana, is a healthy male, who works out and weight trains twice a week and does two sessions of 5×5 or maybe 3. He does a 5K, a HIIT session, once a week, between 5-6 sessions of exercise. He is in relatively good shape. He’s 5’10 and 23 years old. But he’s looking to lose 3-4 kilos around the gut. As someone who enjoys food and booze, Dale is curious about what he could do to lose those last pounds without changing his lifestyle too much.

If you enjoy working out and do it regularly but are unhappy with your physique, the number one thing you have to recognize and acknowledge is to pay attention to your diet. Otherwise, it’s unlikely for you to get that ideal body that you’re looking for.

In a previous episode on cheat meals, Grant and Heavey discussed how cheat meals can derail a whole week’s worth of hard work. Without superior genetics, you really can’t lose weight without paying attention to diet. From that episode, they talked about ways to get around it. Like if you know you’re going to have a party or a big event that weekend that you want to go for, either live with the consequences or if it’s really important to you, plan the rest of the week knowing that. That said, skip the beer after work or skip the sandwich and go for the salad. Do whatever it takes to cut the calories back on those other six days. You can also keep tools or apps to keep track of that.

That said, you don’t have to be a diligent macro tracker to find success in your nutrition. But there’s a lot of value in taking one week to go through and log your food to see what the numbers look like. Calories from booze over the course of a week can quickly add up.

You can just do this for a week. Don’t feel like you need to do it forever. But take a look at what your normal week looks like and if it’s crazy and you find yourself having a lot of calories, then you would know what to do from there.

As mentioned above, booze can add up pretty quickly over the course of a week. It leads to making poor choices in relation to food. Sleep quality is also off which affects body composition. So this kind of snowballs. Hence, it’s better to favor the spirits since they’re lower in calories. But keep in mind that you want to keep your booze under control. Regular consumption is often not a great choice. Save them for special occasions and then make sure they don’t get out of hand.

Bud Light, for instance, has about 100 calories and you just can’t drink that many. What Heavey does when he drinks whiskey is he mixes it with water. He finds this to be helpful in slowing things down and reducing the chance of a hangover. The water also fills up your belly so it prevents you from making terrible food choices since you’re not as hungry as the booze alone would have made you.

The key is to follow principles that are consistent with losing fat. This is mostly focused on calorically non-dense foods and lean proteins on your plate. If you can take as many meals per week and fill up your plate with green veggies and lean protein, those are the best options as they will help fill you up the most.

Then if you’re not losing weight, do another week of food logging and see where the calories are sneaking in. It’s all about calories and finding the foods or drinks that are leading to these calories creeping up that are undoing your hard work.

When it comes to training, resistance training is obviously better for adding muscle mass to your body. With all the cardio type activities Dale is doing, he should understand that there’s a fairly substantial body of evidence that supports the idea of concurrent training, where you mix cardio with weight training, which negatively affects muscle mass and strength. If you want to prioritize bulking up, you may have to swap out some of your cardio days for more lifting days in order to do that, until you feel happier with your body comp.

Top 10 Health Threats to the World
Why We Get Fat by Gary Taubes
Good Calories, Bad Calories by Gary Taubes
The Primal BluePrint by Mark Sisson
Strength and Scotch Episode 185: To Cheat Meal or Not