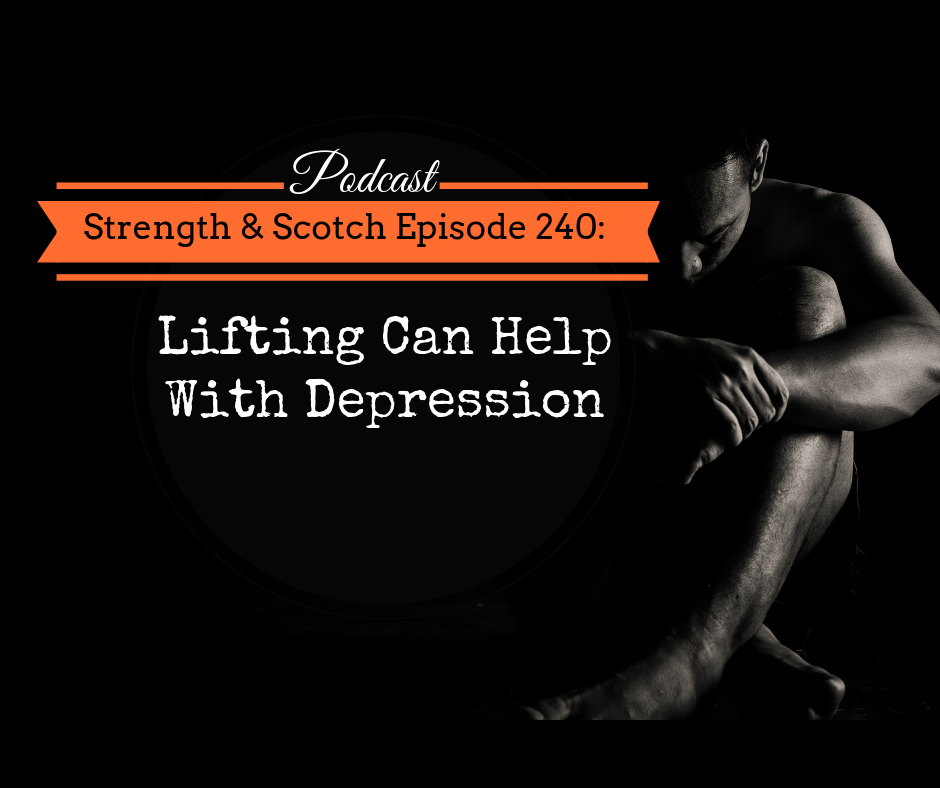 Grant and Heavey chat about the effect of lifting on depression. Also, find out which major health conditions tend to be worse for millennials. Plus, they have a new segment on the show where they feature a specific whiskey for you to enjoy with them and learn about.

Insurance company Blue Shield, released a report in April entitled The Health of Millennials. There are over 70 million millennials in the U.S., those who were born between 1981 and 1986.

Their data suggests that older millennials have a higher prevalence for nearly all of the top 10 conditions compared to GenXrs. These include major depression, substance use disorder, hypertension, hyperactivity, Crohn’s disease, high cholesterol, tobacco use disorder, and type II diabetes.

There were only two conditions that millennials were not worse than GenXrs – alcohol use disorder and psychotic conditions.

They found that millennial health begins to decline at the age of 27. The largest growth in the prevalence of the conditions in the millennials was major depression, hyperactivity, and type II diabetes.

Interestingly, the results varied based on geographic location. In broad strokes, they said that the Western states were best, while the worst states were in the South and the North East.

The total adverse health for millennial women was 20% larger than for men. This was driven mainly by depression, diabetes, and other endocrine conditions. The increase in millennials of major depression was one of the largest jumps to +18%.

[08:40] Why Are More and More Millennials Depressed?

Grant thinks that it’s harder than ever to make ends meet. As they start to look at their path in life, they don’t want to do it as their parents did. You’ve got to go to school but school is so expensive. So you take on a massive amount of debt. Combine this with a lot of other factors, depression is simply a vicious cycle.

One major factor is the role of social media. People are constantly posting comparing each other and trying to live their best life. They post how much fun they’re having and not missing out on things. They’re seeking gratification from how much likes and follows they get.

Grant explains how those things in your formative years could play a role in feeling that you’re never going to make it. Then it just creates this snowball effect. You’re sad so you eat to cope. Of course, emotional eating and overeating leads to gaining unhealthy weight. You’re sad because you got fat. Then you get sick and so on and so forth.

[11:25] The Stigma of Admitting and Treating Depression

Then there’s this whole stigma of admitting that you’re depressed or getting help for it. But another thing is even understanding depression. It’s not just about being sad. You may be functional and have a lot of good things in your life yet still be depressed.

One study also found that the risk of suicide attempts both fatal and nonfatal was about 2.5 times higher in the antidepressants relative to placebo. So there are even side effects with these treatments.

Cognitive behavioral therapy gets missed a lot since medicine gets prescribed and that’s supposed to be the cure. But they don’t really use it as a tool to work through their issues during the therapy.

There’s been research on exercise interventions and their ability to improve depressive symptoms. There seems to be a positive impact, but the magnitude is unclear at this point.

Heavey believes that lifting, at its minimum, could be considered as an auxiliary. For instance, you can treat obesity with stomach-shrinking surgery and all. But if you don’t cure all these other things in your lifestyle that created the problem in the first place, then it’s not a long-term solution.

If you’re thinking about these major conditions like depression or obesity, etc. there’s really not a single solution to any of them. One of the many solutions is exercise.

Heavey presents a study titled Association and Efficacy of Resistance Exercise Training with Depressive Symptoms. It’s apparently the first meta-analysis to look at the impact of lifting on depressive symptoms.

They covered 33 different randomized control trials on the topic involving 1877 participants. The mean age was 52. The training programs varied widely across these trials. The most common intervention was 3 days per week.

Not all were blind trials, which could be problematic. When they controlled for that, they saw that the positive effect of exercise was still significant and characterized as moderate in terms of effect size.

Nevertheless, it has been seen that lifting can absolutely be a part protocol with other elements to help improve depressive symptoms.

Perhaps, if you’re not that in the severe depression spectrum, then getting ahead of this through exercise could be very beneficial. Most people have some “depressive” symptoms that wouldn’t necessarily be diagnosed as clinical depression. And, perhaps all they need is a bit of exercise.

Another thing that could really be helpful is looking at the way you exercise. If you exercise with somebody, like a workout buddy or a group, you’re getting multiple benefits. Aside from physical benefits, you get to also have that social benefit of connecting with people.

Additionally, there is this positive momentum that leads to a compounding effect. Exercise starts to make you feel better then you feel better and look better. Then you begin to pay attention to your diet eventually.

Grant and Heavey are kicking off a new series about scotch! They decided to put together a series on different whiskeys where the listeners can drink along with them.

Every four weeks, they’re going to start with a new whiskey and talk about it in different ways from week to week. Ideally, you can go out there and pick one up and enjoy it with them each week as they share their tasting notes, cost, history, distiller, region, etc.

Today, Grant and Heavey feature a Laphroaig 10. Medicinal is a word that a lot of people use to describe it.

Laphroaig has one of the most baggage as a name of any scotch bottle. It’s the biggest name of all scotches in Islay which are typically peaty where you have that campfire smoky flavor. But this specific type is traditionally the best known and has a whole lot of it.

People often love it or hate it. Grant and Heavey initially hated it but now they love it! It’s an acquired taste. This is an important lesson they want to bring up since they both like very distinctive scotches now which they didn’t like when they started.

A lot of people say they hate scotch but like the Jameson. Grant thinks these people refer to the peaty scotches since they do taste so different.

Back to Laphroaig 10. This is definitely not a mild whiskey. When you taste whiskey, there are a couple of things you need to do. First, look at the color. This one is almost amber in color. Then you smell it. You taste it and let it sit in your mouth, specifically the palate. Then see what’s the flavor that lingers in the end.

For Heavey, he doesn’t get a lot when he smells it. Grant can smell a hint of smokiness but he gets that smell of the ocean, the briny salt watery natural earthy smell from it. It teases what’s about to hit your mouth when you smell it.

Peat smoke is so unique. It gives you an earthy taste. There’s no smell or taste quite like peat, as Grant would describe it.

Heavey also thinks that out of all the whiskeys they’ve had, this comes in with the purest peat taste. You get this nice peaty note and it just goes away. There’s also that salty feel, dry in general.

It also gives a little kick in your throat a little bit because there’s that heat to the finish. That doesn’t mean a higher alcohol percentage. In this case, it’s really just the heat that you feel from the peat, reminiscent of a campfire.

Grant adds that it has that oily side of it that lingers and coats your mouth. It’s something unique to certain full-bodied whiskeys.

Another helpful thing is when you try to chew the whiskey. With a lot of booze, when you drink them, it feels pretentious to be getting notes of chocolate for instance. But when you chew on it, it opens it up a little bit and it exposes your taste buds to a wider variety.

Once you chew it, you get the flavor, and it lingers for a bit. Then you start to taste a bit of vanilla and caramel from the oak because it’s aged in oak casks.

Grant stresses that this is not a summertime whiskey. This is something you want to drink on a cold night. So if you like Laphroaig or you know you like peat or you just want to try it, Laphroaig 10 is readily available nearly everywhere.

Grant got his bottle at Costco at $38. Also, Laphroaig makes a lot of different bottles and some of them are really expensive. So look for the one that says Laphroaig 10. And if it costs over $80, it’s probably the 10-year cask strength which will be discussed in the future episodes. So grab the one labeled 40%.

The Health of Millennials

Association and Efficacy of Resistance Exercise Training with Depressive Symptoms