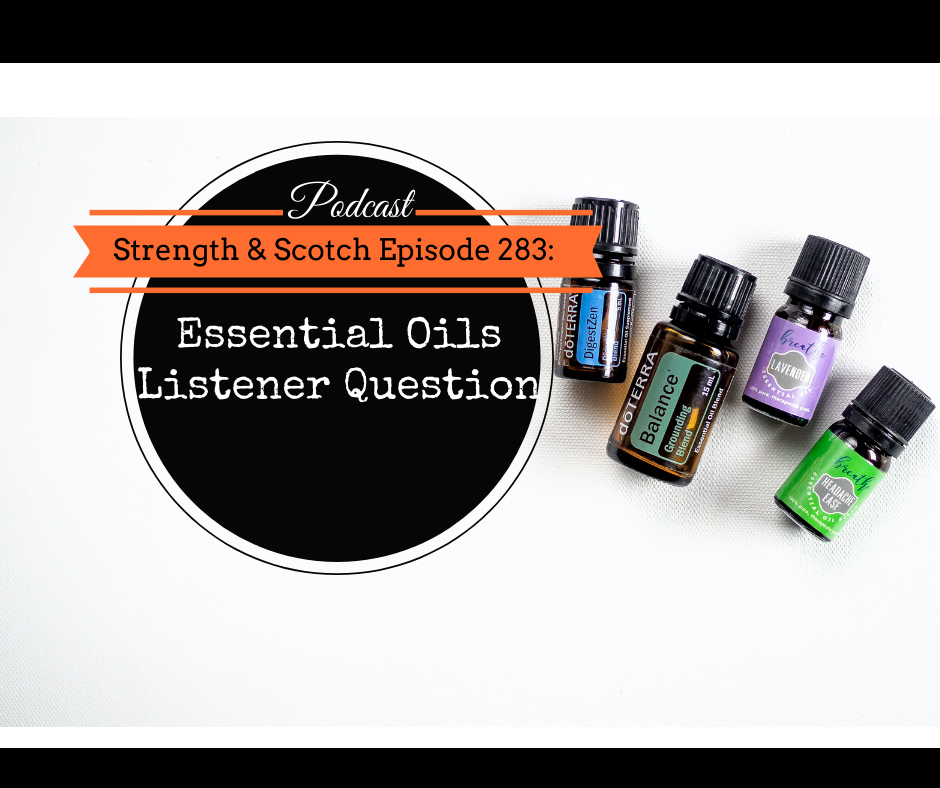 Grant and Heavey talk about essential oils. Do they really work? Or are scented oils just a part of a massive MLM sham?

One of the podcast’s listeners, Nate, has posed a question about whether essential oils are truly effective. Heavey thinks that people who already like and use essential oils are sold on whatever reason was given to them, while the people against it already believe it’s a sham. Providing evidence-based resource studies won’t probably matter to any of those people.

Grant thinks that there’s something to aromatherapy in the way that the scent of lavender can be soothing. It’s simply just what it does. It makes him happy. So clearly there’s an emotional effect to it. But whether there’s a biological benefit to rubbing the oil because it can, as they say, get rid of migraines, he thinks it’s all bogus.

Heavey adds that across the board aromatherapy can be pleasurable. The oil rubbing on you could feel and smell good. Enjoying the sensory experiences and enjoyment can have positive benefits. But it’s mostly that – emotional. And if they work, it would be only at a sensory level.

Unfortunately, Heavey admits it can be very difficult to find studies on essential oils.

A big part of the problem with this topic is that it’s crowded with information being promoted by people who have a financial interest in these products selling.

A lot of people understand or have heard of pyramid schemes. MLM stands for multi-level marketing company. The way a MLM company makes money is not just through the profit of selling a product, but through incentivizing others to sell their product and recruiting others to help sell their product. Your goal, as a representative of the company, is less about selling the oils and more about finding other people to sell the oils.

Heavey mentions that WebMD has a page on essential oils for aromatherapy. They certainly didn’t discourage people from using them. So it’s understandable why people are confused on the topic. They aren’t really sure how to find out if they work or not.

It feels like the entire essential oil thing is part of homeopathy. Aromatherapy might be considered more akin to homeopathic approaches.

Heavey adds that it’s not far fetched to think that something from a plant hack could potentially have a pharmacological effect. We can all agree on that. But the problem with aromatherapy is that there isn’t extensive research to support it yet.

There are a limited number of high-quality studies, especially in humans. You can’t blind people to what they’re smelling.

The whole foundation is extremely shaky. Most of the claims that you’ll hear people make are based on shaky science done on rodents. Studies that were not replicated, or anecdotes. Ultimately,it’s just not a foundation from which we can draw very strong conclusions from.

[17:53} Some Studies with Marginal Results

There have been some studies that have shown some marginal results. There was a pretty interesting study that used lavender oil. They had two groups of participants that were split up.

Heavey believes there may be some innate trait that you can have that makes certain oils have a particular effect. This could be based on an experience you had during childhood.

For instance, there are certain smells that feel comforting or repulsive which are unique to you. Whereas another person might have a totally different response if they were exposed to the same oils.. That reaction could be very real. So it doesn’t mean that it’s going to work on everybody or even have the same effect on everybody.

What’s fascinating is that there are people who are so dug in on both sides where there are people who believe for some reason that these oils can do magical things like get rid of their headaches. While other people say, there’s no proof and are in disbelief people buy into it.

[21:47] What About Those People Throwing Essential Oil Parties?

Heavey explains there’s a level of irresponsibility with these situations. On one hand, you have people who are desperate and dying of cancer and are then told that certain essential oils may help them, even being shown research that it worked in rodents. True, there is research that shows that tumors have been reduced through certain essential oils in rodents, but not replicated in humans. It’s irresponsible for someone to take that as their sole path to health.

On the other hand, it can have a placebo effect and may actually benefit you. That’s the really interesting part here. It may do nothing yet still help. Still, that would be a terrible reason to choose something. But if you then know it does nothing and stop believing it’ll help, it probably won’t help anymore.

[23:15] The Placebo Effect and The Shady Marketing

While people may not agree with the marketing tactics, if you’re a person that enjoys the aromas and if it’s calming to you, then it may have some health benefit to you. However, what can be frustrating is when people tell you that it’s irresponsible of you for not taking these things. Heavey adds that assuming that they’re all inert is a mistake because people can have very real allergic reactions, especially when these are ingested or applied topically.

The problem is we primarily don’t have strong control over dosing, like the active components that are coming from plants. In most products, you don’t have any idea how much is in there. So when you apply them topically it’s a much higher concentration than if you’re diffusing them. There are a lot of cases where that can lead to reactions.

Back in episode 224, we did an episode where we mentioned the placebo effect regarding a study in Japan where they told the participants who were rubbing poison ivy on themselves and they rubbed some nerve plant and broke out.

Grant actually got to taste a 40-year-old scotch. This was a scotch single, which means it’s from one distillery. It was a grain whiskey, not a malt whiskey. Typically, grain whiskeys, particularly when they’re young, are known for being neutral-flavored.

Because it was that old and it was a grain, Grant actually thought it really got to bring in alot of vanilla flavor. There wasn’t any heat or sting. It felt to him like a Japanese whiskey. Ridiculously smooth.

The main takeaway here is don’t judge a bottle by the age. Older is not always better. Judge it by what it tastes like to you and how you like it. If you like a 10-year more than you like an 18-year, then great.

Just because it’s a 40-year doesn’t make it good on its own. In fact, Grant was given a bottle of 25-year single malt, which was terrible. Proof that age doesn’t make quality. But, age has the potential to make quality. You have the opportunity to develop a lot of flavors and to make it full-bodied in a way that younger spirits can’t.