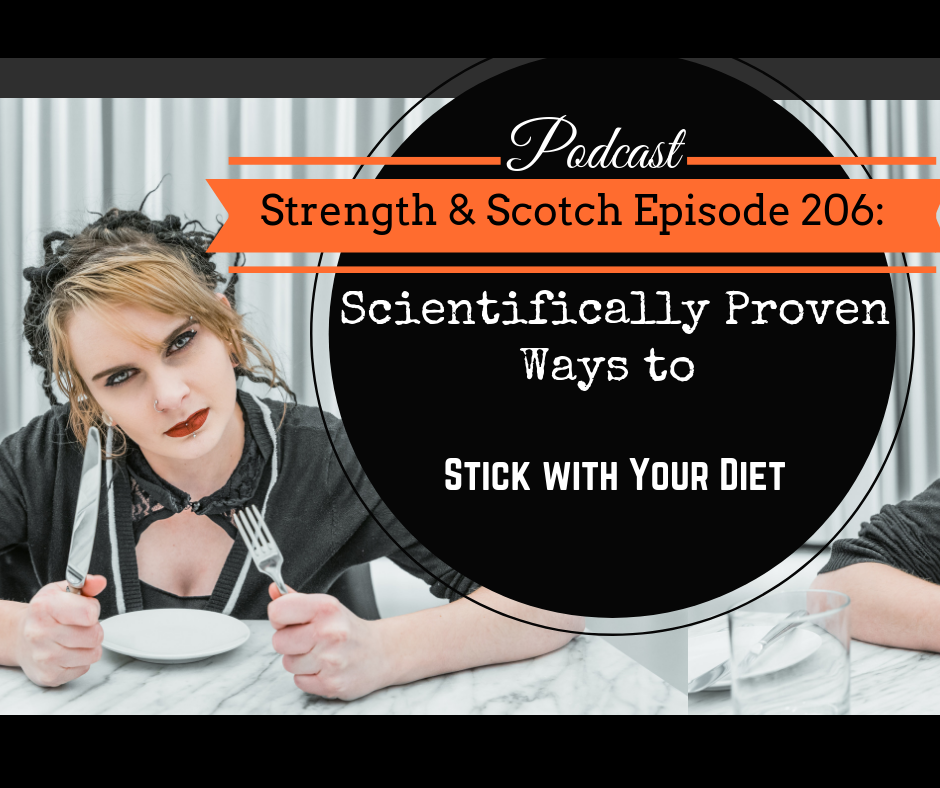 SS 206 – Scientifically Proven Ways to Stick with Your Diet

Struggling to stick to your diet? Grant and Heavey talk about a recent study that outlines factors people are more likely to adhere to regarding their diet.

Also, learn how cotton seeds may just be another solution to starvation and climate change!

Starvation is a global problem and a big challenge is finding multi-purpose goods. Cotton, for example, is something the whole world commonly uses for its fiber. You can’t eat it. But did you know cotton seeds can actually be eaten? However, it contains a toxic substance called gossypol, which is indigestible. It lowers blood potassium and could make you paralyzed. Thankfully, science has genetically modified cotton that allows them to eradicate gossypol from the seeds while keeping the rest of the plant. You can also use the same plant to produce the cotton people need, while also being able to use the seeds for food.

Moreover, cotton seed is actually high in protein. Even better, countries that grow the most cotton have the lowest rates of malnutrition. There are 20 million farmers in 80 different countries that could produce cotton seeds.

For every pound of cotton fiber, a cotton plant produces 1.6 pounds of seed. So it’s actually making more seed than cotton fiber. Theoretically, there are 50 million tons of cotton seed available to be turned into food. Presently, only 5% of seeds grown are used in planting. The rest is turned into fertilizer or oil. Plus, the more plants that are grown, the more carbon dioxide gets removed from the air – so it helps combat global warming too!

A lot of people hate GMOs not only because of the concept, but also because of the economics behind it. Monsanto, for instance, will sue somebody who’s using their seeds due to patent issues.

Yet, the people who developed this cotton seed GMO were from Texas A&M University. They plan to patent this themselves and enable anyone to use it. They’ve tried it and eaten it, but they need full approval so it could be rolled out everywhere. All this being said, we’re only a couple years away from being able to get enough seeds and grow them on a commercial scale.

Grant points out that while science has put us in great power, it has also put us in difficult positions. We may not be able to correct some of the world’s problems without utilizing science. Indeed, science has greatly benefited human life. But we also can’t deny the fact that we have catastrophic global climate issues as a consequence of science and technology.

Heavey says obese people won’t benefit from cotton seeds. A 1998 NHIS survey revealed that 50% of obese men and 58% of obese women are actively trying to lose weight. A lot of people are trying to remedy this but they’re struggling.

A more recent study shows that chances of an obese individual returning to a normal weight are extremely low. For men, it’s 1 in 210 and for women, it’s 1 in 124. Heavey stresses that the biggest issue for most people isn’t figuring out what to do for the diet so much as it is figuring out how to stick with what they chose to do.

[16:05] Scientifically Proven Ways to Stick with Your Diet

A meta-analysis was recently published that provided scientific evidence, looking at 27 different studies. The overall adherence rate among participants in these studies was 60%. In studies lasting less than 12 months, the adherence rate was 70% and those lasting 12 months or longer was 53%.

Lower adherence rates were most strongly associated with lower socioeconomic status (education and income), higher weight, poor health, dissatisfaction with the program and results, smoking status, and depression. All of those things were strongly connected with people that were struggling to stick with the program.

Grant adds it’s understandable how someone struggling with their emotions and happiness would find it easier for them to eat. As you get fatter, you get sadder, so it’s like a snowball effect.

The people on the other side of the spectrum who become extreme exercisers, doesn’t mean they’re happier either, Heavey says. Often times, they could still be hypercritical of themselves. They may think they’re still fat or nitpick at how their body looks.

[19:23] Factors that Moved the Needle the Most: Social Support

Social support improved adherence rate by 29%. In the study, this ranged from group sessions and peer coaches to buddy programs. Recently, Heavey put on a 60-day nutrition challenge at a gym he works with and one of the elements he added to the challenge was a buddy program. To score points, one has to select a buddy and then you get points every day you check in with that person. This is trying to lean into this element that helps people to stick with their diets better.

In the study, they made a distinction between social support and accountability. They found that self-monitoring programs had a low adherence rate of 41.5% on average. On the other hand, interventions had a much higher rate of 68.8%. With supervision, you’re having a professional really working with you.

The study found no significant impact on adherence, whatsoever when people had money on the line. Now, Heavey is wondering how the financial incentives are actually structured. Do you win money if you succeed or do you lose money if you fail? He points out that humans have a much higher resistance to losing than they do to winning.

In fact, when Grant started out his workout challenge with his buddy James, nine months ago, not paying him $100 was serious motivation for him as he didn’t want to lose money. Regardless of his schedule, he found a way to work out because he didn’t want to pay him the money.

Heavey adds that having your health intact over time is going to save you way more than $100. This was not going to be motivation enough for Grant, but having to pay someone was.

Grant stresses that winning is not nearly as much fun as not losing. Losing hurts so much more than winning feels good. Heavey adds this is an interesting piece to the human condition.

[25:35] Surround Yourself with People for Support

Even if you don’t make much money or you’re depressed, surrounding yourself with supportive, positive people, is one of the best things you can do for your diet. It’s not about finding the one diet that works the best but finding people that will help keep you motivated and help support you when you’re struggling. This is why Heavey thinks things like Crossfit are so successful is because of that social element added to working out.

Grant adds that if you’re struggling with any goal, whatever that is, there is a mental aspect to it. The best pitchers and golfers in the world do well with therapy. When you want something and you can’t do it, rather than questioning whether your routine is right, instead, wonder about whether your mind is right. Then, see if there’s someone you can talk to to help you break through that barrier.

[28:00] Major Takeaways From Our Episode Today

In a nutshell, if you’re having trouble, make sure you surround yourself with people that support you. Find somebody that can guide you or at least hold you accountable, whether a coach or peer. Do what works well for your life and your budget. These are the things that can help you stick with your budget and ultimately, that’s how you make progress, not by picking the perfect approach.

Cotton Could Be Human Food Source After U.S. Green Light